Brentford’s famous illuminated Lucozade sign is back on display after a thorough restoration project at Gunnersbury Museum. The iconic Lucozade sign, installed on the drinks brands factory building in 1953, was one of the first pieces of kinetic or moving advertising in the country and grew to have a cult of admiration.

Celebrities including Jennifer Saunders, Jeremy Vine and Kirstie Alsopp have previously spoken out about the cultural significance of the sign, which has been replaced twice and is now a large digital screen.

The Lucozade sign once sat proudly in Brentford’s Golden Mile , a once hugely influential stretch of the M4 which served as a hub of industry. It adorned the side of a new Lucozade factory built in 1953 and was heralded as a sign of Britain’s resurgence after the Second World War.

The original sign read “Lucozade Aids Recovery” but this was replaced in the 1980s with a sign reading “Lucozade Replaces Lost Energy”.

Even that sign had to be moved after the former owners GlaxoSmithKline demolished the old Lucozade factory. The sign was removed altogether in 2016 with advertising company JC Decaux introducing an advertising screen in its place.

Both signs depicted an original design glass Lucozade bottle pouring a bubbling liquid into a wine glass. Lucozade’s new Japanese owner Suntory has invested in the restoration of the original sign, still at the Gunnersbury Museum.

Suntory had applied to restore the original sign in 2010, while it was still on display, but their application was rejected by Hounslow Council .
Over two weeks, the sign was dismantled, cleaned and had its neon replaced with new LED lights.

Each of the eight letters is around 3ft by 3ft in size, making it extremely heavy.

News of the signs disappearance sparked anger among Londoners, including celebrities who took to Twitter to voice their upset.

Kirstie Allsopp tweeted: “What is this madness?!!! Elevated section of the M4 is a huge part of my heritage.”

BBC presenter Jeremy Vine tweeted a link to the story reported by getwestlondon , saying it was “more serious than it sounds”.

The sign is on display at the Gunnersbury Museum, which has recently undergone a £21 million restoration. Caly Milne and Julia Hayes, a south-west Londoner whose grandfather William Hunter invented Lucozade, then known as “Glucozade” visited the restored sign at the museum.

“My family and I are delighted that the sign has been restored and can once again be enjoyed by the public,” said Julia.

“My grandfather would be amazed to know that the brand has such a positive place in the hearts of so many people and, be touched to hear, that even its advertising brings back nostalgic memories.” 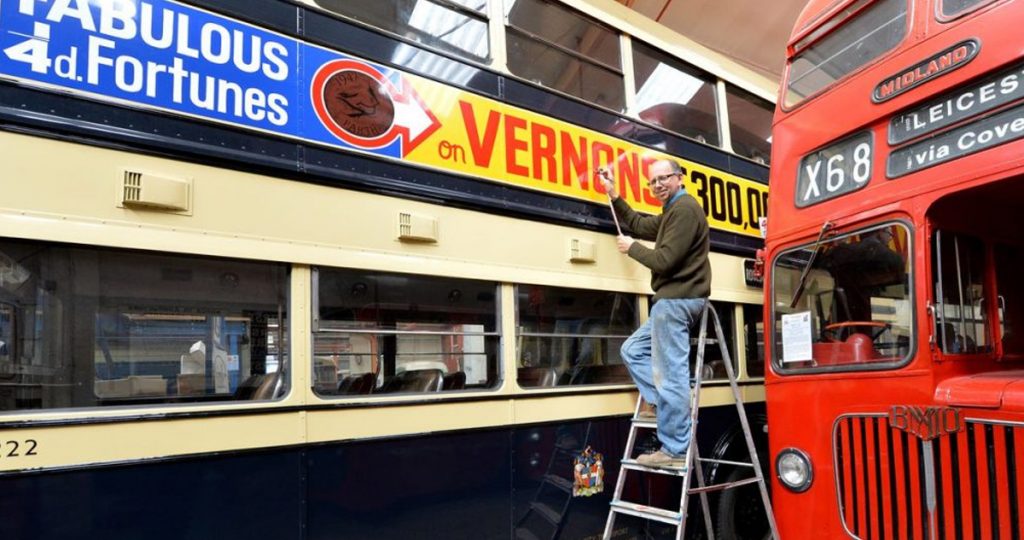