How To Move an HP Designjet L65500 Latex Printer to the Third Floor!

When Clicks Digital decided to upgrade from solvent printing to a new HP Designjet L65500 Latex printer there was only one real problem, how to get the 1.8 ton 104 inch wide printer to the third floor of Clicks Digital’s London office.

The decision to move to the HP Latex printer was based on both its established green credentials (winner of three European Digital Press awards including Best Environmental Digital Printer) and the increased productivity the L65500 offers. In particular the 104inch width and the ability to run at 42sqm per hour in high quality give Clicks Digital the edge when pitching for business that demands both a greener print job without compromise on quality.

City and West End Solutions, the reseller dealing with the Clicks Digital account had to come up with a delivery plan that safely moved the new printer into place and removed the old solvent printer. ArtSystems Ltd the HP UK distributor handled the logistics and installation. Clicks Digital needed to ensure that they were able to get their new printer up and running as quickly as possible so it was vital to have a smooth delivery and placement. A weekend delivery on the 30th May was arranged to give the maximum amount of time to complete the install and set up.

The delivery was carried out by Paul Ponsonby Ltd who has built up a unique knowledge of the HP Designjet L65500 having delivered four units in the UK in last 3 months. To get the L65500 to its new home needed a 55 ton crane and specialist scaffolding to move it to the third floor. The printer had to be de-crated in the street to and then moved onto the scaffolding where it was then slid through the window space (the window having been removed). The 1.8 ton printer was then eased into position with an A frame block and tackle rig.

Just to complete the day the old HP Solvent printer was removed from site using the same scaffold. The whole delivery was completed within the morning with no mishaps. The L6550 was then commissioned and training for Clicks Digital’s operators completed over the next three days 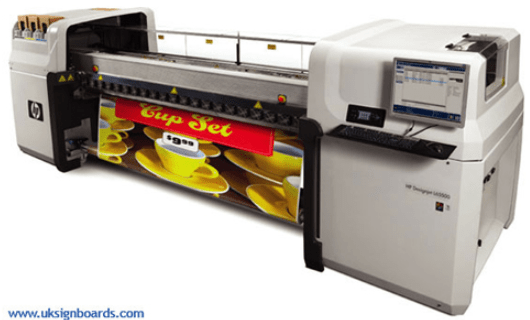 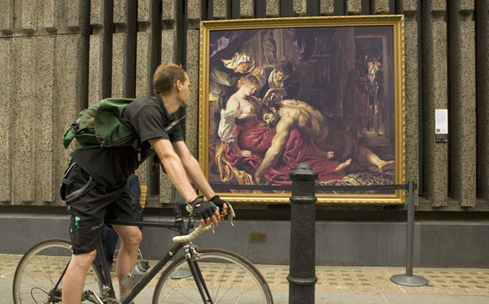 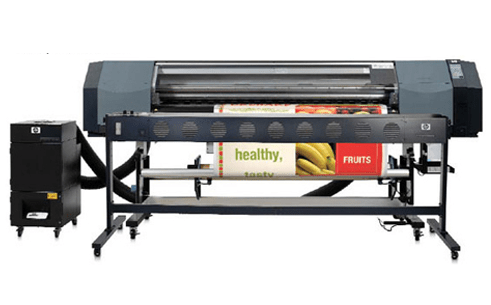 ArtSystems will be helping the HP Solvent Reseller channel to launch the new Designjet 8000 over the next few weeks, giving potential users the opportunity…