The 12 staff business began the phased move from Ribbleton, on the outskirts of Preston to Lostock Hall, south of the city in mid-August. The circa £50k transition to the freshly refurbed 560sqm industrial unit completed last week.

“We needed a better set up, it’s bigger, it’s all on one level and it’s in a much better location. We can just hop on the motorway and we can get to Manchester and Blackpool in no time and the centres of Preston, Burnley and Blackburn. Basically everywhere we need to go is a few minutes away,” said centre manager Matt Rutlidge.

‘The growth we have seen over the past year has been a big driver for our decision [to invest] and we’re very lucky that despite recent challenges presented by coronavirus we’ve been able to complete the move.”

To support the move the franchise, which is owned by Ben Hall, took the opportunity to update its print battery and invested around £85,000 in a Mimaki JFX200 2513 EX flatbed and a Mimaki JV300 roll-to-roll.

Both machines were from reseller Josero.

The 1,200dpi, 2.5×1.3m flatbed is configured with 2.5D for textured printing and white ink printing capabilities while the 1.6m wide JV300 eco-solvent eight-channel printer was configured with orange, which Rutlidge says offered a “really vibrant print”.

They replaced an ageing Océ Arizona and Mimaki JV33 respectively at the award-winning business.

“We had the new machines installed at the new unit while we were still working out of the old one and then got rid of the old machines when we moved. It was all pretty seamless,” said Rutlidge.

Prior to lockdown the while the firm produced a wide range of signage but specialised on wayfinding graphics, interior and decorative signage. However, since the pandemic, it has focused on perspex screens and floor vinyls for the NHS.

It paused production briefly at the onset of lockdown, but within two weeks was back into production and shortly afterwards was back up to full staffing.

“Over the past three months we’ve installed around 1,500 screens, it’s been nonstop. I could work from 5am to midnight,” said Rutlidge.

He said the only downside was that while they have been flat out producing screens they haven’t had an awful lot to print on their new machines.

“But we have got a new starter joining next week who’s going to manage the installations for larger projects because the organisation you need to install these screens in the NHS is unreal and we needed some extra help.” 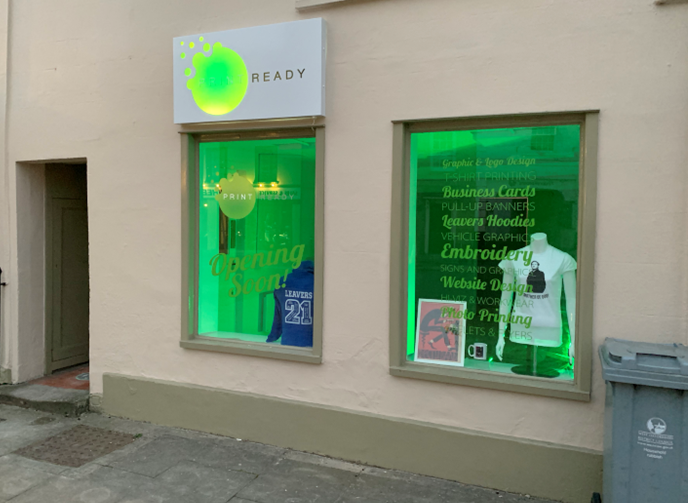 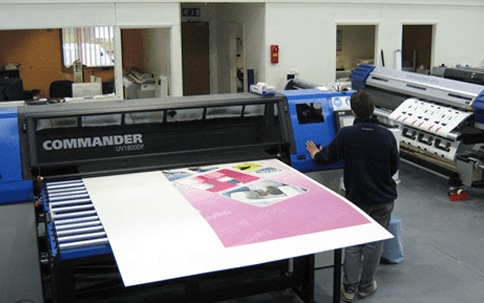