Ghost signs: once the preserve of the knowing flaneur — now something many Londoners look for whenever they’re on an unfamiliar street.

Sam Roberts is something of a doyen of these semi-translucent portals to the past. Since 2006 he’s documented, blogged, led walking tours — he recently even ran a ‘world cup’ of the best ghost signs on Twitter. Now with photographer Roy Reed (another ghost sign fanatic), he’s publishing a book.

Ghost Signs: A London Story is the culmination of 15 years’ of Roberts obsession with the vintage adverts that haunt the exterior walls of old London buildings. The pandemic, Roberts explains, gave him the time he needed to collate his research and to collaborate with Reed on high-quality photos of 250 ghost signs in the capital.

Everywhere from Clapham to Camden, Ealing to Stoke Newington, Woolwich to Golders Green is covered — bringing to life the sheer diversity of London’s consumerism fads, and showing us that in-your-face advertising is nothing new.

Alongside the images, there are writings on building, entertaining, branding and, ultimately, burying the city. There are also essays on how ghost signs were produced, and have subsequently been restored and conserved.

Says Roberts:
“Ghost signs are fascinating pieces of urban archaeology. Imposing yet hidden in plain sight, these faded advertisements are London’s history written onto the contemporary cityscape. They reveal fascinating stories of everyday life in the capital. From births and deaths to bombs and whiskey, and Alf the Purse King to Bonsoir Pyjamas, each sign has its own story to tell — not just of the business it represents and the people behind it, but of its own improbable survival.”

Ghost Signs: A London Story hit its kickstarting target earlier this year, and is now billed for release in late 2021. In this selection of wonderful images from the book, we see faded advertisements for everything razors, custard, suits, horses, paper bags — you name it.

Britannia Park is a new public square with seating, space for community events, and a new entrance to Shoreditch Park. Our master plan for the… 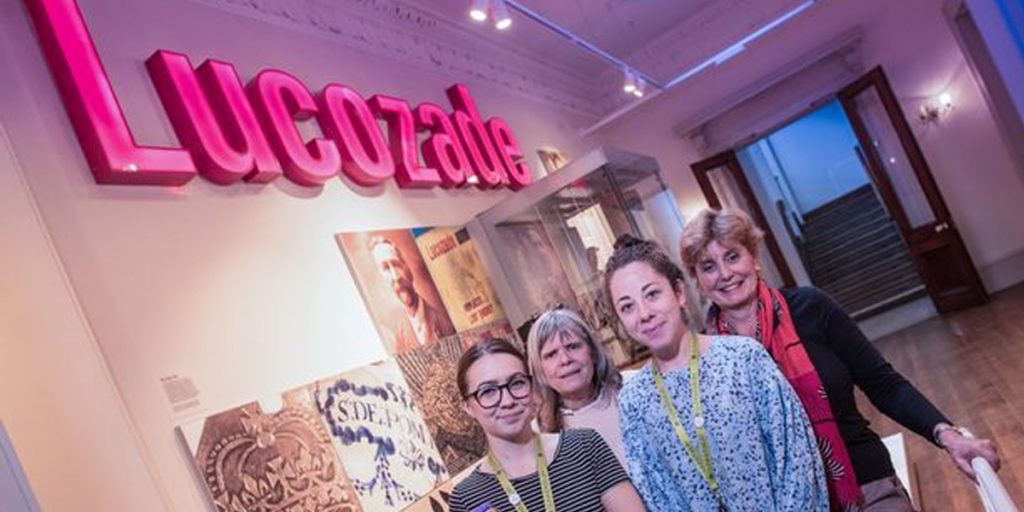