Pascale Arpin’s traditional skills are in demand as local businesses welcome back customers.

Arpin is one of only a handful of local artists who paint old-fashioned hand-lettered window displays – a 19th-century skill that’s proven to be a hot commodity during the COVID-19 pandemic, as businesses struggle to advertise their current practices amid changing regulations.

It’s a side effect of the pandemic, Arpin said, that she never could have predicted.

“I thought that my … sign-painting work would be one of the first things to get cut out of businesses’ expenses,” she said

“But because businesses had to have such quick turnarounds and be so creative with the way they would offer services it turns out they really needed that.”

Before the pandemic, Arpin spent much of her time creating intricate “fine-gilded” displays on indoor windows for the growing number of businesses who preferred a hand-painted sign over one printed digitally.

Now, her rapid on-the-spot hand-lettering — advertising things like new business hours, an open patio, or simply a welcome-back message — is in especially high demand. And since she already used gloves and a mask to protect against the oil-based paint, the work is also safe during COVID-19.

Because the outside displays can take as little as an hour (and up to five, depending on the complexity of the design), they’re also affordable for small businesses, said Arpin.

Sometimes, they pay her with a trade.

“I’ve gotten lots of coffee beans. .. I’ve gotten groceries, notebooks and art supplies. If the trade is a good trade then it’s just as good as payment. If it helps a business out then I’m happy to be painting,” she said.

These kinds of arrangements, she said, are reminiscent of the days when traditional sign-painters might’ve been paid with a haircut, for example, after creating a sign for a barber.

Arpin begins with a conversation with the owner about the message they want to display, working to simplify the language to fit the letters into space. She then arrives with her kit and her stepladder, wiping down the window before using a grease pencil to map out the words.

Then she begins to paint.

Depending on the weather, the displays can last between three and six months. Arpin said she’s already been paid to scrape off some of the work she did early in the pandemic and update it, as businesses change their plans or reopen their doors.

“It’s funny because I’ve gotten so good at writing words like ‘order online,’ ‘curbside pick-up,’ ‘delivery.’ You really see the same messages come back a lot,” she said.

Arpin first got into sign-painting while working in television and film, where she was asked to paint signs for sets. She spent several years travelling and painting storefronts under the mentorship of renowned Minnesota sign painter Mike Meyer.

Sign-painting has taken her to “letterhead meets,” around the world, she said, where conversation turns to which letter is best to paint.

For Arpin, the “S” is the true sign of a sign painter’s craftsmanship, with the “R” a close second.

“They’re just tricky if you haven’t spent that time. But once you find your groove they’re just the most beautiful letters,” she said, adding she looks forward to painting common pandemic messages like “stay home” that use those consonants.

For Arpin, the upside of this pandemic is that it’s allowed her to make a mark on the city’s visual landscape.

“I’ve always seen sign painting as a democratic art, where it enhances the public landscape,” she said.

“Hearing friends and even strangers say:
I see your work everywhere’ and ‘I can’t walk two blocks without seeing your windows’ — it just warms my heart.”

As more businesses open to the public and staff, Drytac has released a guide on using social distancing graphics safely on walls, windows and floors. … 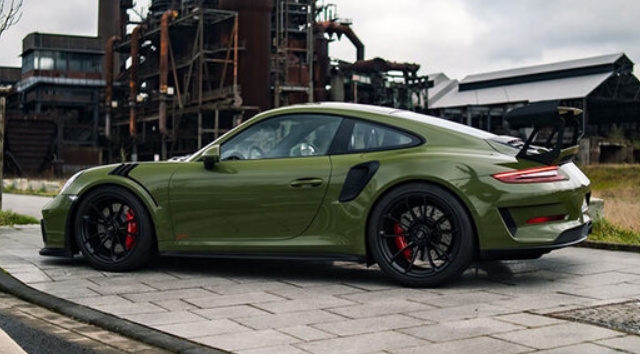